A downloadable game for Windows and macOS

Play through a common childhood fear about turning the lights off and going to bed.

I'm never going to sleep again after this game

Really liked the concept of the game, 9/10
Reply
Dweeb Gaming72 days ago

The game explores a common childhood fear and does so in a way that's quite creepy yet fun at the same time. I loved the pixelated look this game had to it, adding a whole other layer of creepiness, especially with the creature.

Reply
IGT10082 days ago
fantastic game!  Loved the mood and it gave me chills!
Reply
MolyneuXDoes84 days ago

Wow!! Started off so simple yet the tension really built-up brilliantly, it honestly gave me chills! I made a video for my channel, please take a look. It's the 2nd game.

Really enjoyed the game, but it seems like I ran into some kind of an issue on Night 5.
I've also left some feedback if you're curious.

Unexpectedly awesome! Thanks for the game!

Great game. This is my gameplay...

Reply
brownkgaming@gmail.com151 days ago
That was really good! the build up was great,
Reply
hihiha hihiha156 days ago

Reply
JustJanetix165 days ago
good content, so good game.
Reply
ph2t92197 days ago
:D i play this game on steam, thank for game !
Reply
Cap1 Gaming198 days ago
I been diggin all these little indie horror games!
Reply
MsCanuck198 days ago

sloppy so good it made me fart

Had a enjoyable time, got creeped out a few times.Nice short horror game. Liked the build up and kept a unsettling atmosphere.

omg this game is creepy !

the idea kinda cool but i think it was too dark for me to see anything when the light turned off ;-; me and my brother was so confuse about the way so it might be better with some more light >< btw it was a veryyyyyyyy good experience lol many of thanks <3

Reply
It's Tony222 days ago

This game perfectly the fear of night or darkness and really captures the imagined dangers concealed by darkness.

This game got me good! The suspense builds really well, and I couldn't even make it to the end! Maybe I'm just a wimp but this game was great.

This was a really fun game! Night 5 was quite long, but I'm happy I completed it. If you enjoyed drop a like and consider subscribing :)

had a blast with this one! looking forward to what you make next. i'll definitely play it 👍

Wasn't sure cuddling with a demon was what I wanted to do during this gameplay, but it happened. 1st game in the video:

This game made me really uneasy and I loved every second of it.

This built up very nicely. The odd noise now and again as you tried to sleep was spot on and I think everyone opens there eyes just to be sure. A very well done... :)

You better don't turn off the lights in this game

game starts at 1:17. The game had a bit of a slow start but increasingly got more creepy.

i had to make a video about this

Reply
Lucifer240 days ago
Holy crap, this was really terrifying. The creepiness ramps up to pure scare towards the end. The darkness in the game was just so.. Enveloping and thick and really captured the fear of turning the lights off and roaming in the dark.

The sounds were really, really well done and the environment had enough things to make it seem full and also to keep looking at random items and wonder if that was the monster you might have seen.

The only thing I found a bit sudden and different was to go through the house and take photos of the creature. The placements felt random and there wasn't a proper indicator as to where it was.

Other than that, I think that the placement of the creature in the dark where the plant is supposed to be near the bedroom was absolutely great and I really thought that it was a plant later on, which just shows that everything was ramped up well and made the game really creepy. Great job on it and good luck for future projects! 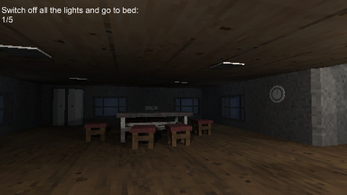 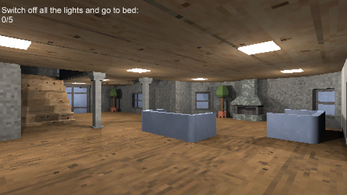 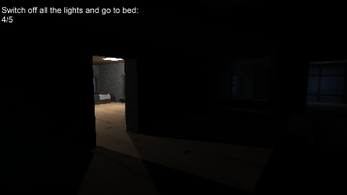 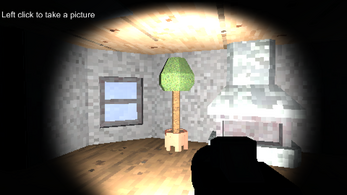 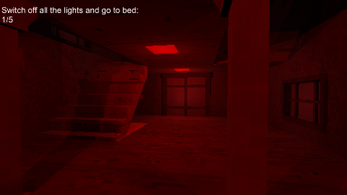 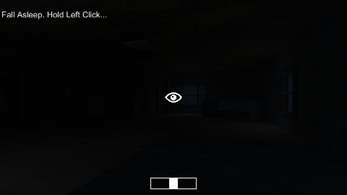